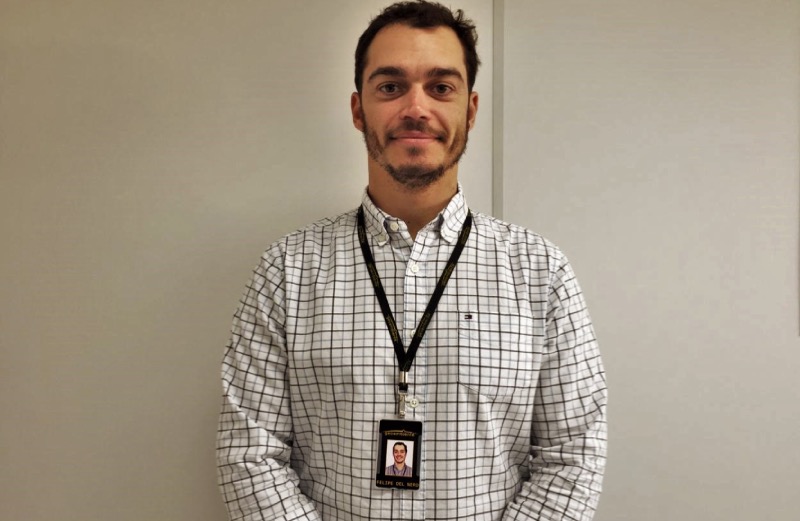 A cloud platform developed by Geoambiente for the management of public services, Agility will participate for the second consecutive time of the Connected Smart Cities. In an interview, the company’s commercial director, Felipe Del Nero, highlighted the participation in the event in 2018.

The most important initiative of smart cities in Brazil, the Connected Smart Cities is in the 5th edition and will be held on September 17 and 18, 2019, in São Paulo. The event counts with the participation of governments, national and international experts and companies, such as Agility, a cloud platform developed by Geoambiente for the management of public services and citizen service. Silver Sponsor of the event, the company participates for the 2nd consecutive time of the event.

In an interview with Connected Smart Cities, the commercial director of Agility (Geoambiente), Felipe Del Nero, highlighted the importance of the company’s participation in the 2018 edition, fundamental for the renewal of sponsorship this year. The executive emphasizes that he chose the event to present Agility, the company’s new system, focused on planning, management and citizen service.

Check out the interview:

CSC: Why participate again in the Connected Smart Cities and what expectations?
Felipe Del Nero: Geoambiente will participate, through Agility, for the second consecutive time of the Connected Smart Cities. In 2018, we had a very good return, where we had the opportunity to present our services to a very select audience. Therefore, our expectation for 2019 is that we can, as in 2018, make several discussions about the context, challenges and solutions for smart cities, in addition to presenting our Agility system, focused on planning, management and citizen service.

CSC: What is the relation between the company’s performance with the Connected Smart Cities and the smart cities theme?
Felipe Del Nero: In 2019, Geoambiente will complete 25 years of history and, in this period, we developed several types of geolocation solutions for various public and sectors, among them are City Halls. And one of the foundations of the concept of smart cities is the use of technologies that can improve the Municipal Management, bringing agility to the processes and, thus, enabling an effective service to the demands of the city. In this way, Geoambiente has developed, in partnership with the Foundation for Research Support of the State of São Paulo (FAPESP), Agility, which, based on cutting-edge technologies such as Artifical Intelligence and Google Maps, automates the entire process of opening calls by citizen, as well as the entire process of receiving these demands by city hall, screening, planning, scheduling and execution of the activity by the field teams.

CSC: Has Geoambiente / Agility developed any initiative or project based on Connected Smart Cities actions? If so, which ones?
Felipe Del Nero: In 2018, we were able to launch Agility in the Connected Smart Cities and discuss with various public managers about the applicability of the solution and the benefits it brings, as well as exchange experiences with the general public. This enabled us, among other things, to further develop the product, which this year is even better and can be explored by the public in our stand.

CSC: How can the event contribute to the dissemination of the company’s products and / or services?
Felipe Del Nero: We understand that the public that will participate in the event in 2019 will be quite select and composed of municipal managers, which is the target audience of Agility. In this way, we hope to reach a large number of managers, who will be able to know the solution and enjoy the benefits in their municipalities in the future.

CSC: What products and / or services will be featured in the Connected Smart Cities 2019? What are the news that the market and the participants should expect?

Felipe Del Nero: Our focus on the event will be 100% on Agility, although Geoambiente also develops other types of geolocation solutions for municipalities. Participants will learn a platform based on the most modern technology, such as artificial intelligence, machine learning and geolocation. All aimed at the benefit of public management, the citizen and the city.

CSC: How important is the partnership with the Connected Smart Cities for your organization?
Felipe Del Nero: The partnership between Geoambiente and the Connected Smart Cities is something of great value to us, not only for the ability to reach the Agility buyer audience, but also to be able to evolve our solution more and more from debates with the key people in the sector and brainstorming about smart cities.

CSC: What is the importance of the event for the industry considering the Brazilian, Latin American and world market?
Felipe Del Nero: Although the smart cities concept is quite lively in our day-to-day discussions, there is still much to be done in the municipalities and a lot of technology to be implemented to support public management. And in this context, the event, while generating many discussions and creating paths to the realization of smart cities, also allows the market to evolve and public managers know the possibilities to improve the management of their municipality, from the various existing solutions in the market.

WANT TO PARTICIPATE / SPONSOR THE EVENT OF THE COUNTRY THAT MORE MAKES BUSINESS WITH FOCUS ON INTELLIGENT CITIES? CLICK HERE TO LEARN HOW!